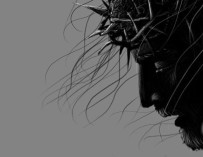 In today’s world this does not seem to take one the same meaning it did 50 years ago.  For that matter is does not seem to have the same meaning it did 10 years ago.  We live in a society where the family unit has continued to erode over the years.  As we look at all the great empire of ancient times, such as Greece and Rome their ultimate demise started with the digression of the family unit.  We can see the very same thing here in America today with the divorce rate that skyrocketed in the early 70’s and has virtually remained the same since then.  Although the number of people married compared to the amount of couples getting divorced is still under the claimed 50%, I do see a trend with less people getting married and more getting divorced.  This trend will eventually tip the scales past that 50% mark and the family unit will also become a thing of the past at which point this country will completely crumble.  One of the things that are decreasing the number of marriages today is cohabitation.  “It is just as good to live with someone as to get married, actually it is much better because we do not need a little piece of paper telling us we love each other.  Anyway God knows we love each other and in His eyes we are already married and we do not need man to tell us we are married.”  This is not a quote from anyone specific, but a conglomeration of those that have held this attitude and I have talked with over the years.  It always makes me think about Jesus talking with the Samaritan woman at the well in John 4.  Jesus called her out here in verse 16-18 16 He said to her, “Go, call your husband and come here.” 17 The woman answered and said, “I have no husband.” Jesus said to her, “You have correctly said, ‘I have no husband’; 18 for you have had five husbands, and the one whom you now have is not your husband; this you have said truly.”  I have had people try and rationalize this to rationalize their own relationships, but saying that Jesus is condoning this action of living with a man that is not her husband, but that is just Satan’s way of corrupting you.  If you truly know Jesus and the Word of God you would clearly see that Jesus is calling her out for the sins in her life and giving her this chance to repent and change her ways.  This country continues to erode the idea of family in comparison to what we have been taught through God’s word.  Today more and more states are granting gay marriages which totally fly in the face of God and His will for our life.  Those that would argue that do so for the same reason those that want to live in cohabitation with each other do, SELFISHNESS.  They want what they want and they do not want anyone, especially God telling them how they should be doing it.  This is the real shift in our culture even within the family unit.  Children today have moved from a sense of privilege to entitlement.  It is much the same as the prodigal son who wanted it all right now because it was his.  So how do we turn this around?  How do we correct this wrong thinking? Or can it even be corrected?  I would say that anything is possible for God IF we plead for Him to get involved.  However if it is His will in a process of setting up the second coming we should be prepared for that as well.  As Christians we just need to stay faithful to God and follow His precepts set forth in His Word to us, and in doing so become a light to this continuingly darkening world we live in.

41  Therefore the Jews started complaining about Him because He said, “I am the bread that came down from heaven.”

Office hour tend to flux from week to week, but if you need to see us please contact us 24/7 and we can set a time to meet with you.  Thank you for understanding.

A topical study of the book of Revelation

In need of volunteers to keep this program going for the younger youth.